I hesitated even acknowledging today for what it was. For the last couple of months, I went back and forth on what to do. On one hand, acknowledging these milestones has helped me. It gives me something to look forward to. It also gives me a day to recognize things that I don’t take the time to really think about.

But there is also a tremendous amount of fear. When I celebrated my 500 days of freedom back in November 2016, I felt at peace with quite a few things I had been struggling with. I celebrated myself. I had a stone ceremony at the beach. I got rid of the false beliefs that were holding me down, acknowledged the things I came to learn since running away, and gave back the guilt and shame that were not mine to keep. It was a huge accomplishment for me. I felt okay.

And then days later, that all changed. I received something in the mail that I will never forget. I recognized the writing on the outside of the envelope — it was my mother’s handwriting. Inside was a poster with options to choose a gravestone. No note, just the poster with the gravestones. But I didn’t need a note from her to know what it all meant. My mother wanted me to die — that gravestone was the stone she believed I deserved.

The veiled death threats, combined with a letter she wrote and sent to me through an old friend, were enough to create an emotional clusterfuck in me. Any inkling of safety I thought I had was no longer. She knew where I lived, and I knew what she was capable of. It changed everything.

I knew her anger, or whatever it was, was clearly exacerbated by the celebration I had for my 500 days of freedom. It took a long time for me to recover from what she did, and to be perfectly honest, I’m still not over it.

So as it got closer to the 1,000 day mark, I wondered if it was worth it to acknowledge and celebrate it, fearing that what happened last time would in some way happen again. Up until a couple of weeks ago, I wasn’t going to celebrate it at all. I just didn’t think I could emotionally handle any bullshit.

Then I realized that I was letting my mother win. I was missing out on an opportunity to better myself because of a fear she instilled in me, a fear that will be there regardless of what I do or don’t do. She doesn’t have that control over me anywhere. She can’t.

I worked through all the what-ifs with my therapist last week, setting up what we would do in case anything did happen. By then I was confident that I could have this day, that I deserved this day.

I went to the beach this morning, just as I had 500 days ago. There is a lot of meaning there. Not only is it where I ran away to, but it’s also where I tried to end my life when I was six years old, the first time I attempted suicide.

Now it’s the place where I drown the beliefs that no longer serve me, the lies my mother made me believe for way too long. 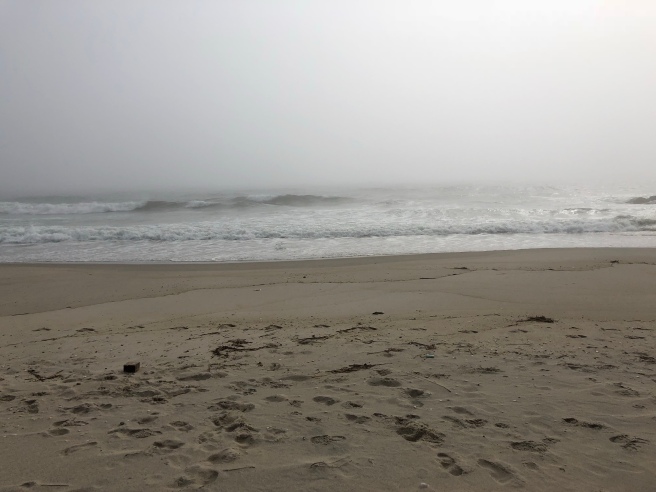